Is TeamSpeak shutting down?

I would personally recoommend you, of course if you are able (R4P3 Team) to make some new VoIP software, I'm pretty sure that it could spread extremely fast through the world, and you can already make some money on VIP memberships, so I think that's some good idea.

Asphyxia said:
We have heard many similar stories to yours.

TeamSpeak is removing NPL licenses because they want money (it seems). In the process of them upgrading their licensing server(s), they are breaking a bunch of stuff like for example they are breaking NPL support before license end dates. Whether this is on purpose or not - we do not know. We definitely know they are in no hurry to fix this!

TeamSpeak seems to care more about money recently because they keep taking away all the free options. I think in 2019 we may even see the 32 slot servers are no longer free.
Click to expand...

That's true. It may turn out that TeamSpeak 5 will be paid if it comes out at all, huh. In my opinion, they care only for money. They aren't interested in clients' matters. Everything changes into a project only for money.
9

Dumbest shit ever, but if you buy gamer license you get license + certification for idiot.

kalle said:
Dumbest shit ever, but if you buy gamer license you get license + certification for idiot.
Click to expand...

From my NPL. I don't know when the NPL is renewed usually.

From my NPL. I don't know when the NPL is renewed usually.
Click to expand...

Everyone in the forum here says that it will not be renewed yet. But I also told the supporters ticket that they would renew themselves.

Hope NPL owner's will keep their licenses but none confirmed this after all
Click to expand...

For now, you can't host Public server with a NPL license because TeamSpeak changed NPL terms. another stupid step by TeamSpeak

What have you asked?

Their licensing scheme is pure scam. Their new logo sucks even more. Their support is terrible. They also don't listen to people suggesting many great changes or improvements. To me - they are rude, disrespectful, kind of stupid and last but not least - very greedy. This is such a shame for a company or group of people with such a huge market potential. It's like they were desperate to screw themselves step by step.

Just 10 random people from here could cure TeamSpeak in every aspect in a matter of hours with a simple brainstorming and suggest immediate changes that have to take place. And it would work! Because many of us are curated admins with many years of experience in managing huge communities. We listen to our users, we fund our servers, we know exactly what we need, what we can spend, what wise features or changes are required/suggested by our users.

So why on Earth can't they do that with all the money they got, their CEOs, coders, marketing and else... and no, Discord isn't any better. It actually sucks donkey balls even more. There is no privacy in there at all, it's all tapped to hell and back.

The day I started to really hate the TeamSpeak team was when they suddenly cut my legit, clean NPL without giving a reason, without any warning, they just did it around midnight, when my server had close to 450 users online. Luckily I was up and watching. I did nothing at all to deserve that. I never took a cent of donation, I wasn't selling, I wasn't advertising any kind of shit. So they broke it all. They never responded to any email I sent their way regarding the matter. I had great plans and potential to become one of the biggest servers ever as more and more people were coming in. I started planning my commercial license for 1024 slots as it wouldn't be an issue to fund it with the amount of users I had. In fact, I would soon need 2k slots to keep up with the constant stream of users and clans joining. Why did it happen? In my humble opinion they just wanted my money and tried to force me into buying a license immediately. I later heard/read stories of same shit happening to others around the world - legit NPLs being cancelled without a word of warning, mostly at night. Coincidence? Nope. That's how nasty TeamSpeak people are.

A few hours later that night I was up with MESMERiZE's release. And I promised myself not to pay a cent to TeamSpeak wh*res ever. I kept my word. I lasted for many years of nearly perfect, uninterrupted service, delivering voice communication to tens of thousands of loyal, happy users every single day, with total traffic reaching many TBs every month. I kept funding my dedicated machine and my own time to maintain everything. These days, after all of those sudden changes with licensing, server code, clients, etc. my community is nearly dead as I never managed to caught up with teaspeak stuff and move on. And I'm not the only one it seems. As far as I know most people moved to Skype and Discord. I kept some best men with me but the potential is gone and the damages to my community don't seem curable.

That's how you ruin your business and the community, TeamSpeak. Nothing is left. You are so dumb that I can't believe what I'm seeing. I don't even have a hope for a good change anymore. At this point I can only wish you to disappear as soon as possible and never ever come back.

P.S. The latest changes in NPL (no public servers or channels)... are just beyond words. So sick that it literally hurts my brain when I think of it. God. This isn't even what you call a dumb management anymore - those people are just sick in their heads. 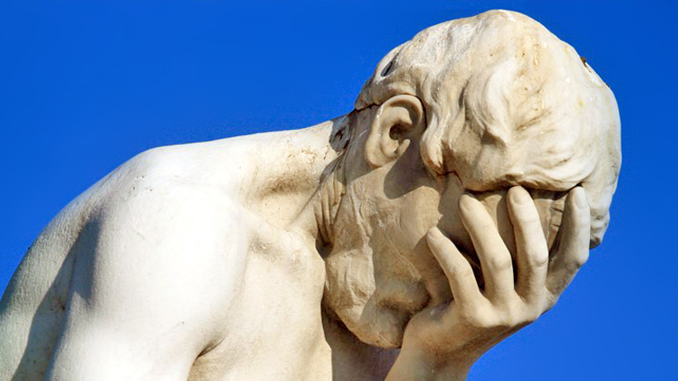 kingston said:
it's all tapped to hell and back.
Click to expand...

There have never been more true words describing the VoIP market right now.

We need a better VoIP solution that works for all of us - do you think our only option is to make our own?
F

Mumble is free and open source. But the UI sucks.
U

We need a better VoIP solution that works for all of us - do you think our only option is to make our own?
Click to expand...

"to make our own" would be really cool. On this forum are enough people with the "know how" and i thing our experience in VoIP solution as a Community we know the best for the User. Instead of blaming TeamSpeak we should take our time and make something out of it. Discord worked why should a another VoIP solution not work?

floppy said:
Mumble is free and open source. But the UI sucks.
Click to expand...

I once contacted Mumble team and asked them so nicely to pay more attention to the GUI as that's what users were after. They responded that they had absolutely no plans of improving it or specifically making it similar to TeamSpeak as they found it not important... and nothing has changed since years it seems. I still have the log somewhere if you can't believe it.
E

My recommendation is, still, that R4P3 makes it own VoIP software. I personally think that there are people with enough knowledge and enough potential to make suck thing. And actually, I think that it would be as much popular as TeamSpeak is nowadays, because there are many members on the R4P3 forums that would spread the word about new software that you would made.

The TeamSpeak will die as soon as possible. And as @kingston said, the best word to describe "TeamSpeak Team" for now is RUDE. Who would pay such money for VoIP software, even annually? It's absurd.

First of all, in my experience of using TeamSpeak and lurking in the different servers, on Balkan there are maybe 3-4 servers with constant 200+ people (except over night, goes to under 50) and everyone were on NPL. When the NPL end has came, they have somehow bought licences, but what about those (I can name myself for this example) who can't pay the server because they don't have money for such things? Or even what about those who still have the money but have no payment option, because there aren't really many people using TeamSpeak who owns any type of Credit Card, PayPal or any sort of online payment method (such as myself). They think that all we live in Switzerland and have 6k euro monthly so we can take like 150 euros for licence on online software? lmao

And as the TeamSpeak 5, I'm not really sure what they plan on doing with it. What's the licencing will be. How they think to make people use TeamSpeak 5 after this shit with licencing on TeamSpeak 3? There are many questions, but for now, I would strongly recommend that R4P3 members make some software which will of course be much better, from the matter of UI to licencing and pricing.
I'm pretty sure that @kalle and I could make a solid advertisement over the Balkan and attract at least 2000-3000 people to use the software. Consider this proposition and be cool! B|

If we take the idea of creating the software seriously - it has to be open source. So everyone in the world can grab and modify it to his very own needs. No strings attached, no licenses, no payments, no stupid checks, just pure client-server, fully open. There is no other way if we want a global adoption of the whole thing. It obviously should have a modules/plugins system as well. And if some of those modules were closed source and paid ones - I wouldn't mind for sure - that's how skilled coders could make some money and why not. But the core functionality of the client/server has to remain open source.

I personally can't understand the idea behind TeaSpeak - where Wolverine clearly says at the front page:

Because a license fee is not my cup of tea!

...while forcing everyone into buying an actual license from TeamSpeak. So strange. And dead, anyway, with the latest TS client.

kingston said:
I once contacted Mumble team and asked them so nicely to pay more attention to the GUI as that's what users were after. They responded that they had absolutely no plans of improving it or specifically making it similar to TeamSpeak as they found it not important... and nothing has changed since years it seems. I still have the log somewhere if you can't believe it.
Click to expand...

I believe you, most open-source projects have this problem. Those projects usually have programmers, but not UI designers, so the UI will stay the same/basic/shit.

MiKE1337 said:
For now, you can't host Public server with a NPL license because TeamSpeak changed NPL terms. another stupid step by TeamSpeak

WTF! teamspeak is SICK! they can't do that!
W

I told them before discord came out