peperana said:
Hmm, I don't lose my license it is renewed ...
Click to expand...

Consider yourself being lucky for now. They can suspend or drop your license just anytime they want, without prior warning or explaining a reason. A successful renewal or date stated doesn't mean much. The more populated server you run the better your chances for it to happen. Especially if it's a public server. It is impossible to work with those greedy as*holes anymore and you better be prepared.

I wouldn't be surprised at all if it was dante696 the mad hatter sticking his filthy finger into license suspension process, just for the fun of it, as that guy is simply insane and it has been proven many times in the past.

MCGs said:
huh some users did complain that because they lost their licenses.
Click to expand...

If the license is inactive (server closed, crashed etc) the moment of the renewal attempt then the license gets deleted. Mine got updated 1st of January.

So you guys want constructive criticism? Okay, we can do that:

- TeamSpeak Systems annouches a new TeamSpeak 5 mid Q3 2018.
- Then on the Gamescom at the end of august you show a demo/video/screenshots to some visitors.
- Meanwhile you change the company logo and start reworking the license model

Most people are quite hyped at this point, me included. You guys did everything right.

- Then silence. For the full length of Q4 there was no info, no official blogpost/forum post. Nothing. Only random replies in random threads like this here.

Some people are getting nervous/unhyped during this time, but still Q4 is not over and enough people are defending TeamSpeak Systems. It is still okayish

- around one week before Q4 ends you announce the beta is not coming out now and don't give us any new date. So basically indefinitly postponed. Again, not as something official or so... no. Only on page 22 of a mega thread in the forum.
- you announce a mircosite for mid January

Too little, too late. Why not announce at beging of December that you wont make it? That would have been only a minor problem vs not saying anything till the last day. At this point the mood is tipping. Even hardcore fans are now questioning the decisions and we get anything at all.

This is it. You guys kinda outdone yourself, again. Instead of being sorry to you loyal customers and show something (UI mockup/Feature list/A special feature/anything) to calm the people down, you even kinda threat them to give constructive feedback.

So I may ask. about what? THERE IS NOTHING TO GIVE FEEDBACK ABOUT. Besides you(TeamSpeak Systems) handling PR poorly in the year 2018/2019.
Every single information we have as a community is either by guessing or community members that maybe saw the demo or have more insight into technical stuff.
For example: There is still no official announcement about TS5 server or not?? You only said they are TS3 compatible, but that can mean they can also connect to TS3 servers.

But I understand that you want feedback. So I try my best to give some now.

1.) You have and use social medias like Twitter. Utilize them. Currently you guys are losing ~35 followers a day because you post only bullshit there. Random Reddit threads and memes/gifs. That has zero to do with TeamSpeak, since TeamSpeak does not even has a official Reddit presence.
Why not give you social media guy something to post and make his job easier? Here a line if you have a global offline friend system with message system now:
"Wanna see if your friend is online so you can message him, even tho he is not on your server? Don't worry we have you covered for that #TS5 #ComingSoon #SignUpForBeta BETALINK"

2.) Be open about your delays. Silence is not always golden.
Just because someone is not talking about something that doesn't mean it will magically go away.
See Star Citizen. (Yeah its a big AAA game, I know. Way out of the league for this comparison, but still).
They had a few major delays in the past and also acted like you guys just did. Not saying anything until the last day. Hell, they even announced that they won't show a very big and long promised demo on their own CitizenCon, 2h after the con already started...
But they learned and are now competently open about their timelines and even give weekly updated to their internal issues/blockers and how many tasks are done for feature X.
I don't say to make it that extrem. But a monthly official update blog would have been nice.

3.) Start getting feedback from the user. Why only give us access to the "final" Beta? Why not start getting feedback earlier?
The customers know what they want (most of the time). So if we can start giving feedback earlier, it is easier for you guys to still change or scrap stuff. Or even add something you didn't though about.
Don't act like the AAA games where the Beta is only for balancing stats.
That way we get a new TeamSpeak version slapped onto us and are stuck with it for the next ~10 years because "big new features are not possible, since they would break to much now".

And no credits to the original author of this text? 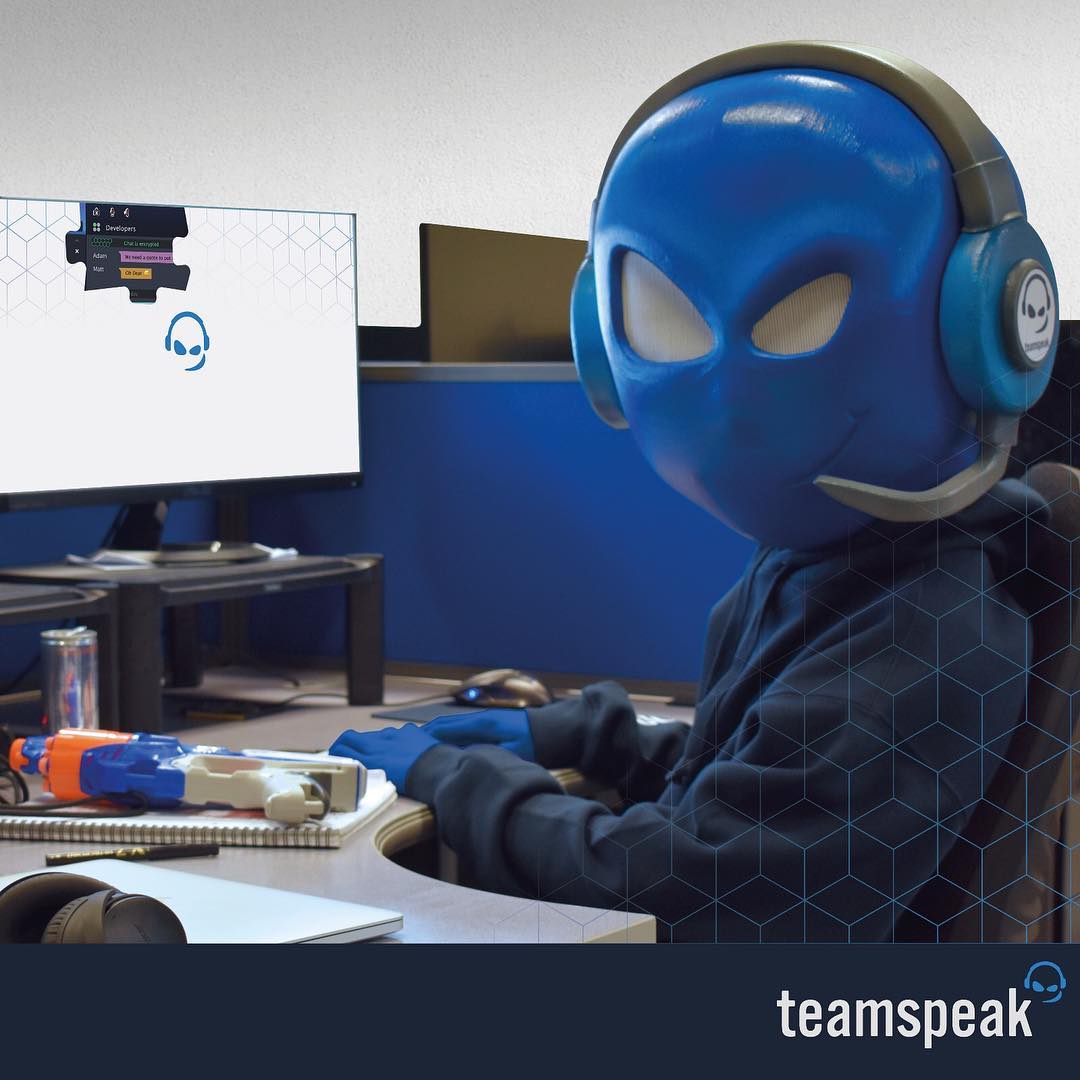 Probably a new piece every month..

then we will see the teamseak 5 preview and no one knows how start the beta....

BIOS said:
then we will see the teamseak 5 preview and no one knows how start the beta....
Click to expand...

If the puzzle is finished maybe it will be released. So maybe it take 1 week?

Joxiii said:
If the puzzle is finished maybe it will be released. So maybe it take 1 week?
Click to expand...

how you get this information?

BIOS said:
how you get this information?
Click to expand...

I am guessing this information cause its logical for me. But yeah i can be wrong.

must wait also 11 days from today, so we will waiting on middle of february

must wait also 11 days from today, so we will waiting on middle of february
Click to expand...

Okey, I think you have reason, that makes a lot of sense!

shikamaruxll said:
Okey, I think you have reason, that makes a lot of sense!
Click to expand...

actually i think teamspeak will release 1 piece per month also we must wait on 01.12.2019

BIOS said:
actually i think teamspeak will release 1 piece per month also we must wait on 01.12.2019
Click to expand...

BIOS said:
actually i think teamspeak will release 1 piece per month also we must wait on 01.12.2019
Click to expand...

Alligatoras said:
in that case it also could be one piece per week
In a worse senario, one piece per year ... haha
Click to expand...

one piece every century

TheHenker said:
one piece every century
Click to expand...